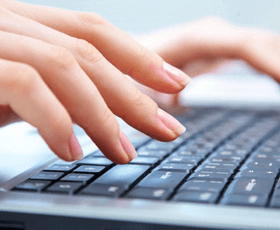 Virtual reception of Chairman of the Board

Manage finances in the way that suits you best: from the screen of your smartphone or computer....

Activeness of «InFinBank» in stock market

According to the results of 2016, the Joint-Stock Commercial Bank ‘Invest Finance Bank’ conquered 1st place of top ten issuers on the largest volume of trades of securities in the republican level.

The corporate advisor of ‘InfinBank’, Hikmat Mirsobitov says the followings about measures carried out in this area of institution as well as the participation in the Stock Market:

– Securities play the important role in the stabilization of the banking and financial institutions, in particular, in the strengthening of their ability to pay and resource base. Therefore, in recent years, the great attention is paid to ensure the active participation of organizations and companies in the stock market by the government leadership. In this regard, the Law of the Republic of Uzbekistan ‘On joint-stock companies and protection of shareholders' rights’ adopted in the new edition, the Decree of the first President of the country ‘On measures of introduction of modern methods of corporate governance in the joint-stock companies’ and the Resolution ‘On the additional measures on attracting the foreign investors to the joint-stock companies’ serve as the guideline.

The measures are also taken by ‘InFinBank’ according to these documents, based on international experience on the introduction of modern methods of corporate governance, manufacturing, investment, improvement of the efficiency in the use of material and technical, financial and human resources.

In particular, in order to increase the authorized capital at the expense of investors in 2016, bank placed the additional 53 430 106 issued shares in the procedures established by the Republican Stock Exchange "Tashkent".

In accordance with the regulation approved according to the decision № 56 of Cabinet of Ministers of the Republic of Uzbekistan and the permission № 165/1 of the Central bank on November 7, 2016 as well as the agreement between the ‘InFinBank’ and the investment company ‘Swiss Capital International Group AG’ (Switzerland), the particular part of the shares offered for sale were purchased for 8 926 763.52 US dollars by this foreign company.

It should be noted that this agreement between the parties opened the doors in the ‘InFinBank’ to new opportunities on the further expansion of services, quality improvement, technological renovation and modernization, financing projects in the real sector.

In particular, the overall capital of bank reached 149.8 billion sums and assets increased to the 1 trillion sums as of January 1, 2017. The net profit made up 17.5 billion sums, liquidity performance of up to 68.0 percent was achieved. Also, investment potential of the facility increased by 1.6 times, the loan portfolio made up 496.0 billion sums (22.4 billion sums – allocated investments), total deposits of 875.6 billion sums was reached. The volume of deposits attracted from the population is equal to 147.9 billion sums.

In the current year, the measures were taken on the formation of the resource base of foreign currency of the institution and by this strengthening the participation of the ‘InFinBank’ in the development and modernization of the county`s economy, the expansion of the branch network, the improvement of the efficiency of activity by providing new bank products in the foreign currency.